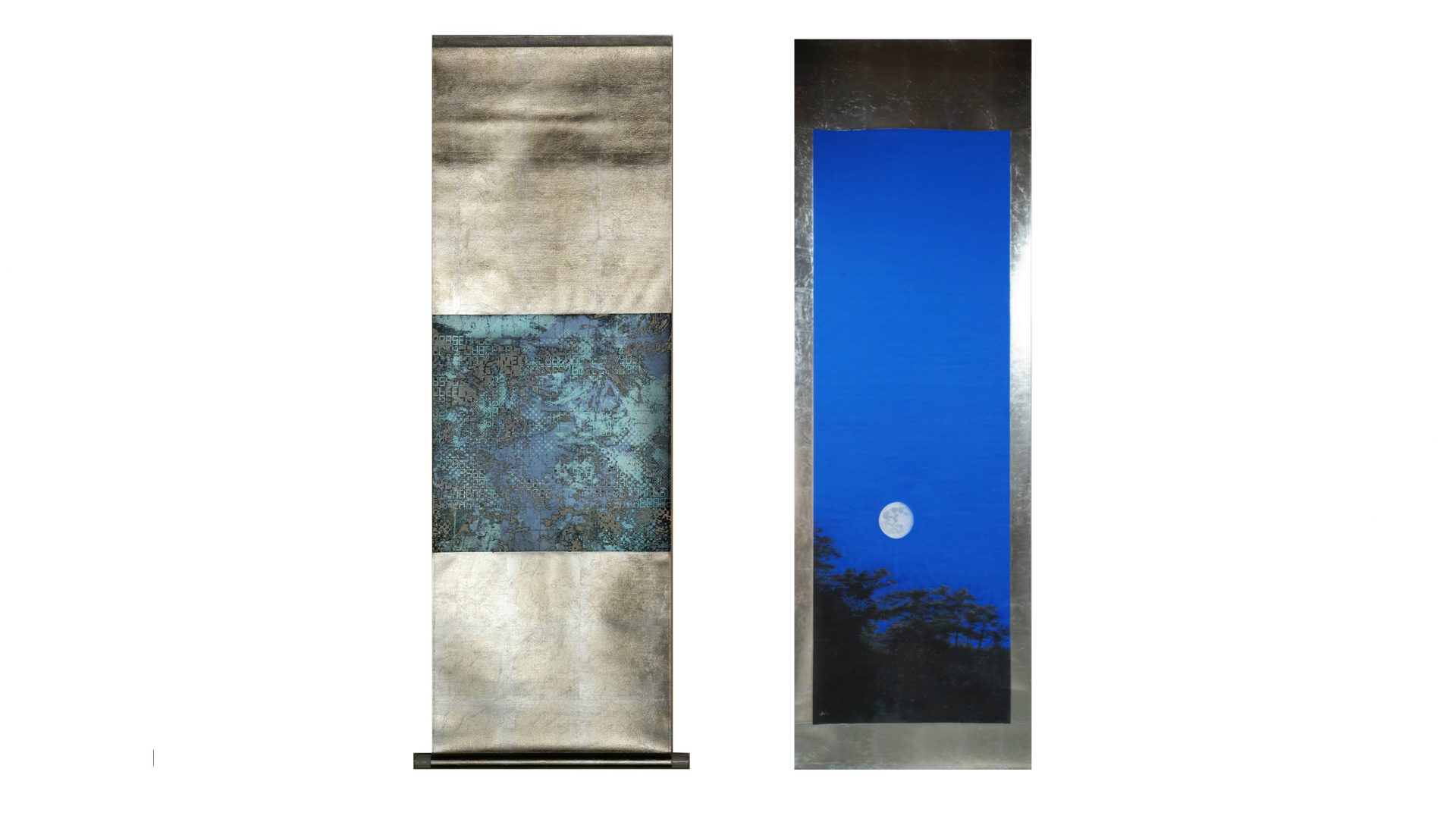 He creates his works based on the idea that people are attracted towards a strong light source, and that they congregate around various phenomena the light generates.

Just as bright light that reaches your synapsis could cause a lasting effect on your vision, tremendously strong light could create addiction but he also believes, as various types of light brighten the dark places in the world every day, light has the primordial power to give people a feeling of peace and compassion.

Things in our daily life that emit or reflect light are of particular interest to Tomoharu.

Light of course comes in many shapes and forms such as sunlight, moon light and water glimmering seen naturally, or street lights, buildings, glass and mirrors made artificially. These days, however, it is widely recognized that staring at things like TVs, video games, computers, cellphone screens for extended periods can have a deep lasting effect on the body and mind. From prehistoric times, humans have instinctually been afraid of the dark and have always sought for brightness and therefore our vision, to this day, is easily fascinated with self-emanating light sources. It is just normal for people to be mesmerized by light-emitting objects, he believes.

In the present day, we deal with light emitting objects longer than before and the accumulation of time spent in front of such objects deepens Tomoharu’s fascination towards light and drives him to express it on his canvas.

Tomoharu’s desire for light comes from the Japanese culture as well. In Japan, gold leafed folding screens with paintings on them were created as light sources to light up the dark. You might think a gold leafed folding screen to be something of decadence but in reality, it was used in slightly dark and quiet rooms inside wooden buildings and at night they were used to reflect the moonlight or candle light and diffuse it onto the interior of the dark room. Gold foils and white paper applied on the screens therefore had the effect similar to that of a reflector board used in movie sets. White paper base surface is often left intentionally as it is and this technique is called YOHAKU-NO-BI (the beauty of the blank space). With YOHAKU-NO-BI, the blank spaces without any paint or ink applied offer a sense of the existence of ambience and humidity and this depiction of atmosphere that one cannot see is at the very heart of the essence of Japanese art.

Ensuring that the surface makes good use of gold and silver foils and blanc white spaces to reflect light in dark rooms has been perceived essential in Japanese paintings even to this day. Tomoharu incorporates metal foils in his art pieces to reflect light to make it seem as if the pieces themselves are emitting light. He carefully chooses the use of paint and motifs to support this effect and the result is our desire stemming from the addictiveness of the light in which we get ourselves bathed every day, and an opportunity for salvation evoked from this very desire, all expressed using essential elements nurtured through the history of Japanese art.

By making the canvas to emit light, his works strive to be NIHON-GA (Japanese paintings) that can light up our daily lives. The light that fills the surrounding space(s) carries within it a sense of purity and a certain presence of solemnity. Tomoharu’s works take on the role to provide a glimpse of hope that is universally significant even in this current-day world where we are all poisoned by light.

NIHONGA involves traditional mineral pigments and/or dyes mixed with NIKAWA, glue made of animal gelatin, that are then kneaded with water to make the paint which can then be applied on the [WASHI = traditional Japanese paper] canvas. Tomoharu finds the process of making his art pieces essential so he uses a technique to places layer after layer of paint over each other. Under the multiple layers of his works, at the deepest level of all, lay the ideas and embodiment of Japan’s natural climate and ethnicity firmly rooted.

He also values the Japanese culture highly and creates works in traditional art forms such as KAKEJIKU in the hope of passing on the craft to the next generation. This view is also closely related to his suggestion of YO-NO-BI (beauty of use) that the beauty that comes out as a result of design evolution through constant pursuit for ultimate convenience offers a different kind of beauty compared to that of decorations designed with particular intensions.

The opening reception will happen onWednesday, October 3rd at RESOBOX Chelsea, at 5:30pm featuring a musical performance by Sumire Hirotsuru and Eiko Kano on violins.

This music event is curated by Masatora Goya.

Yuki Ideguchi (born 1986) is an artist and curator. He does not only produce art works but also curates several exhibitions and has expanded his world. He received both a BFA (2011) and MFA (2013) in Japanese Painting from Tokyo University of the Arts. In his work, he blends traditional Japanese techniques with contemporary imagery and themes. 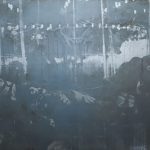 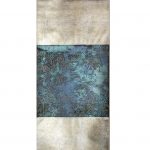 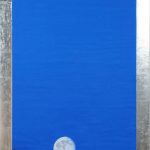 About the Artist and Performers 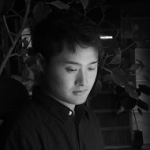 Tomoharu Okamura was born in 1984 in Nagoya.

After graduating the Tokyo University of the Arts, Department of Japanese painting in 2008, Tomoharu gained recognition in 2009 in Tokyo during a Contemporary Art Fair held in Art galleries all around Japan. Now his works reach more people being shown not only in Japanese Art museums but in Art Fairs both in and out of Japan. 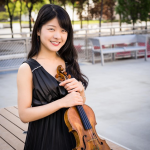 Born in Oita, Japan, violinist Sumire Hirotsuru has multifaceted interests in music, education, and media. This past season, she has appeared at Leipzig Gewandhaus, Pilobolous’ Five Senses Festival, PAX East, and WQXR, collaborated with Yo-Yo Ma and Silk Road Ensemble and Bach Collegium Japan, and served as a co-concertmaster of Juilliard Orchestra and as a faculty at Classical Music Institute. As an active writer, she holds a column on Nikkei business newspaper and has contributed to the Juilliard Journal. Sumire earned a B.A. from Harvard University in 2016 and a M.M. from The Juilliard School in 2018. She is a recipient of the William Schuman Prize, awarded for outstanding achievement and leadership in Music at Juilliard. 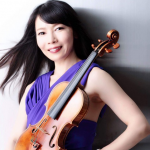 Eiko Kano has a thriving international career as a soloist as well as a chamber musician collaborating with distinguished artists such as principal oboist of the Berlin Philharmonic Albrecht Meyer, Eugene Drucker of the Emerson Quartet and Ani Kavafian while working closely with living composers premiering new works. She is prizewinner of multiple international competitions such as the 4th International Competition of Tokyo among others. As a result of winning the prestigious Forval Scholarship, Eiko was granted the Stradivarius “Reinville violin for 2 years.

She currently serves as an assistant concertmaster in Grammy Award-winning Albany Symphony Orchestra as well as regularly plays in the New York Philharmonic. She is on the artistic advisory board as well as a principal 1st violin player in the newly founded Pegasus: The Orchestra based in New York.
Eiko received BM and MM from Manhattan School of Music and is a long-time resident of New York. Her CD of original production “A Manhattan Story ~Winter~” has been released in the summer of 2017 and it will be featured in audio program on all international JAL flights in November/December in 2018.

She also founded an ensemble The New Yorkers featuring Karen Hakobyan as her duo partner.